Join us today and see where we can take you! 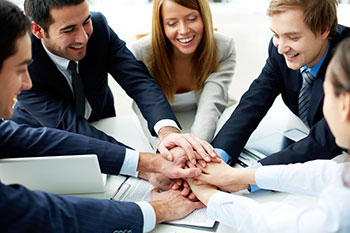 Lee Motor Group was founded in 1953 by my father, James L. Lee, a veteran of World War II. After his service in the Navy, Dad became involved in the automobile industry, which he enjoyed for the rest of his life. He began his career in 1946 working at Ford’s manufacturing plant in Norfolk, Virginia. Eventually becoming the Zone Manager, he called on Ford dealers throughout the North Carolina market. In 1951, he went to work directly for the Ford dealership in Windsor and later Plymouth, North Carolina. In 1953 with a $5000 stake and a dream, he and my mother purchased the Ford dealership in Elm City and went into business for themselves. In 1967, my parents purchased Tobacco City Motors in Wilson. This dealership was later relocated to the corner of Ward Blvd. along the US 301 corridor in Wilson, North Carolina. In 2013, we built a brand new state-of-the-art facility on Raleigh Road Parkway West in Wilson and renamed it Lee Ford Lincoln.

In 1980, Dad passed away, and so at the age of 20, I took over the day to day operations of Lee Motor Company. At the same time, I was finishing my sophomore year in college, and my wife and I were married just three months later. In 1982, along with my wife, I graduated from Atlantic Christian College, now Barton College, in Wilson, North Carolina.

Our company and our country struggled through a vicious recession that lasted through the middle of the decade, and as the smoke cleared, we were still standing. Over the ensuing decades, we have purchased and sold several dealerships, proudly helping several of our store managers become owners in their own right! And many of our dealerships are some of the top volume stores in their state and region.

Since 1953, our business model has remained the same – to exceed our customers’ expectations in every facet of our business. Our goal is to make each customer’s experience as pleasant and convenient as possible, and as always, we are committed to doing business the right way.