We create a welcome environment in which our customers’ needs are met and expectations exceeded.

Proctor by the Numbers 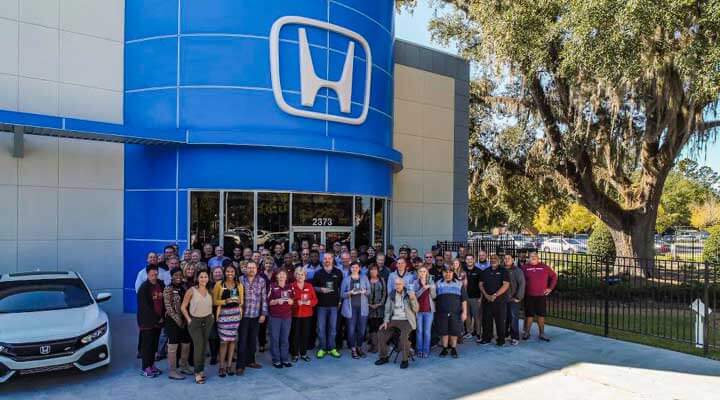 The Proctor Dealerships are a growing and dynamic organization. We want to be the benchmark for innovation and cutting-edge business practices that lead to new levels of success. We’re “outside the box” and charting our own course! It’s an attitude that, when combined with the organizational knowledge garnered since 1910, will guide us into the future!

Proctor leadership believes that satisfied employees will best serve our customers. In that regard, The Proctor Dealerships are unique in the emphasis placed on employees. The keys to success for you, as an employee, and for our Company, are a positive attitude, teamwork, a proactive spirit and a total commitment to customer satisfaction.

Having been in business more than 100 years, The Proctor Dealerships are one of the oldest businesses in Tallahassee. W. Theo Proctor, Sr. began the business in 1910, selling two Cadillacs his first year, and in 1914, Proctor opened its first facility for automobile repairs and sales. In 1918, the name Proctor and Proctor was created when Theo left to serve his country in World War I and his brother, Earl, joined the business. In 1929, when it was incorporated, Proctor and Proctor became Proctor and Proctor,
Inc., making it one of the oldest corporations on record with the State of Florida.


One of the most significant accomplishments over the years has been our ability to adapt and survive more than a century of changes locally, nationally and across the globe. Our company has continued to grow in tandem with the evolution of the car industry. In 1971, in addition to Pontiac, GMC and Cadillac, Proctor added the Honda dealership, offering the small, gas-saving cars that were suddenly in demand. In 1991, as the market for imports matured, along with the customers who desired them, Proctor added the luxury import line Acura. In 2008, the GM franchises – Cadillac, Buick, Pontiac, GMC and HUMMER – were sold and a year later, in 2009, Proctor acquired Subaru.

We value employees and customers alike and our commitment to customers and staff is a key element in our success. Providing a healthy working community for our staff is equal in importance to providing a superior dealership experience for our customers. Proctor Honda is a multi-year recipient of Honda’s prestigious President’s Award. 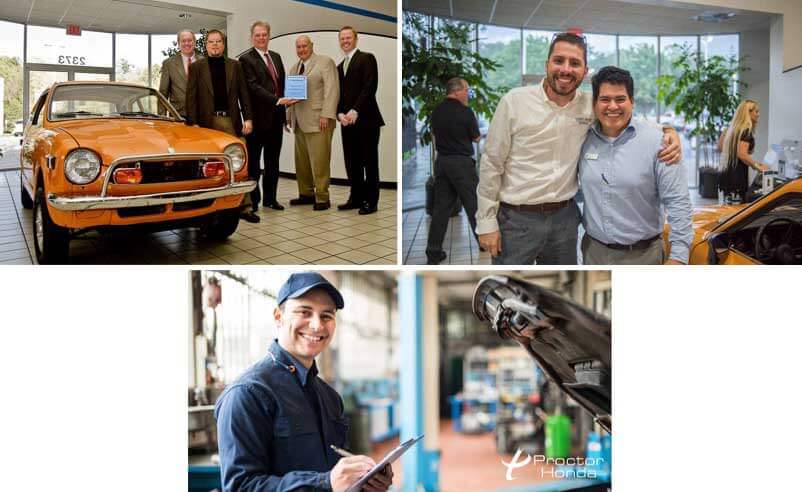