Walter’s Automotive is a true story of achieving the American dream. Owner and Founder Walter Kienle was born in Germany to Swiss parents and immigrated to the US in 1948. Walter quickly found work as an automotive mechanic, but elected to sign up for the Army in order to serve his adopted country. He went to tank school and achieved the rank of Staff Sergeant. While stationed in Riverside, Walter discovered how much he loved California. After an honorable discharge, Walter went back to New York to start a family and opened his own garage. Missing the warmer weather, his family moved to Riverside, CA in 1960. He started an automotive repair business specializing in European models, and in 1965 earned the right to begin selling them as well.

Walter’s Automotive now sells a number of luxury auto brands, but Mercedes-Benz was the first and remains the focus. That’s why we were named Dealer Rater’s Highest Rated Mercedes-Benz Dealer in California for 2015 and 2016. Even after 50 years in business, Walter’s Automotive is still in the family and his son Steve Kienle serves as general manager. We currently offer Mercedes-Benz, Sprinter & Metris vans, and smart car models.

At Walter's Auto Group, we strive to be much more than a business. We are partners with our community and as an employee, you will get a chance to give back as well. We partner with many local organizations, charities and events with the goal of supporting our local community and the less fortunate. As the Riverside community has taken such great care of the Kienle family, Walter’s Automotive wants to help out and give back to the community. They regularly support local non-profit and charitable organizations. Most notably each year is the Walter’s Children’s Charity Classic that has helped over $4 million for the Loma Linda University Children’s Hospital. 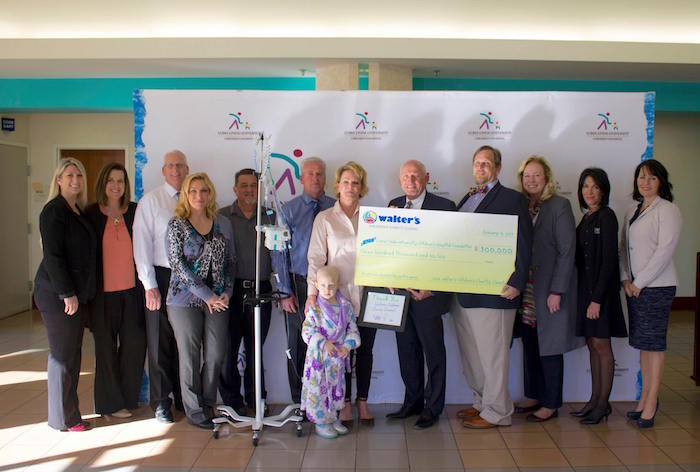