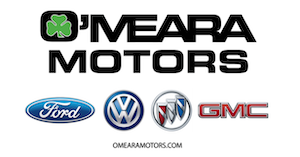 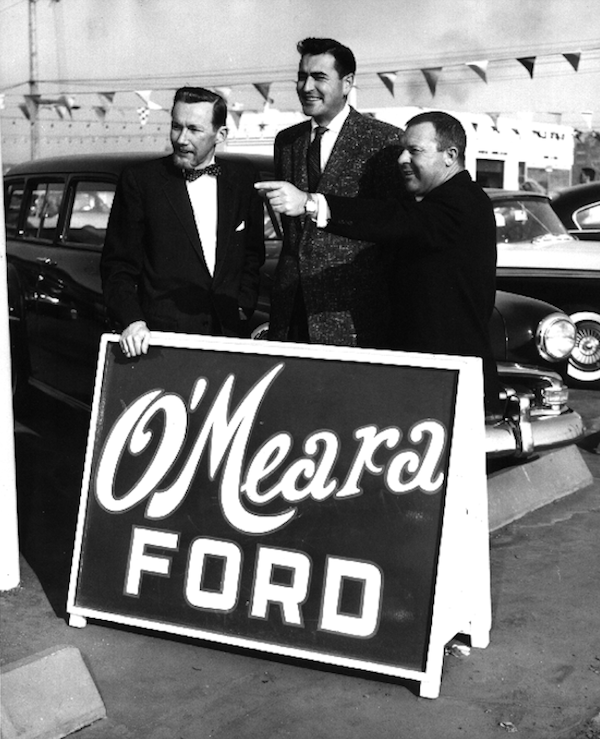 The story of the O’Meara family’s, more than century-long service to Denver, and the Rocky Mountain region, is a beautiful one,  It begins with O’Meara Ford in 1913, and now includes O’Meara Buick GMC and O’Meara Volkswagen. All three locations are located just off I-25 on 104th in Thornton/Northglenn.

A century ago, Denver was best known for three things: farming, mining and a place of hope for those afflicted with tuberculosis. TB was killing thousands annually. High altitude and fresh air made the Mile High City a destination spot for “lungers.”

June 13, 1913, Ford Motor Company employee #138, stricken with tuberculosis, stepped off the Detroit train at Union Station. The 23-year-old’s first dwelling was a tent near the grounds of the present-day National Jewish Hospital. Born to immigrant parents, blessed with a strong work ethic and with inside knowledge of an emerging industry, Alfred O’Meara Sr., when not receiving treatment, continued working for Henry in downtown Denver.  In those days, Ford shipped vehicles, and they were assembled on-site for delivery. He knew cars and saw opportunity.

The first O’Meara dealership was at the corner of 14th and Broadway, right across the street from the bus station. Through eminent domain, we were relocated to Colfax Ave, and later to our current location in Northglenn. Denver Public Library now sits on the original property of our first dealership. Determined to thrive despite the challenges present, Al O’Meara Sr. was smart and persistent, but he had a problem.

Not many Americans could afford a car, most still rode horses. Back in Detroit, Henry Ford helped solve that issue when he increased Ford employee wages from $1 per day to a whopping $5. Ford began paying its employees better, forcing other manufacturers to follow suit. Suddenly, our nation’s hard-working labor force could afford a car and a home. It was the birth of America’s middle class.

It was then that Al O’Meara Sr. met his bride-to-be, Margaret O’Fallon, at an Irish dance. They married, started a family and continued to serve the Denver community with a basic philosophy that has stood the test of time. A century later, his grandfather’s motto rolls off of Brian O’Meara’s tongue with pride and reverence: “We sell cars, fix cars and provide quality parts. We love cars, and we love what we do”

When it comes to fixing cars, Grandpa Al would be proud to stroll through the present-day O’Meara Ford, built in 2003.  We have 87 service bays manned by expert technicians who service, near 150 cars a day.

Thanks to the fine care at National Jewish, AL Sr. kept tuberculosis at bay and continued to build a thriving dealership. However, tragedy struck at the 1936 World’s Fair in Chicago. Margaret became sick after drinking tainted water at her hotel. The mother of five would die of dysentery three months later.

More challenges would soon appear with the arrival of World War II. The nation went into full support mode for the war effort. All available metal and steel manufacturing shifted to providing troops with tanks, planes, bullets and other necessities of combat. AL Sr. again saw opportunity where others saw obstacles. He began buying all available auto parts and a lathe to manufacture parts. Despite the sacrifices of war, the dealership thrived, not from selling cars, but from servicing them. O’Meara had parts!

Alfred Mark O’Meara left Notre Dame and took control of the dealership at the ripe age of twenty-one. But soon thereafter, AL Jr. was drafted and joined to fight the Japanese threat in the Pacific.

Following the war, Alfred Jr., former skipper on a tank landing aircraft in the Pacific, re-assumed leadership at O’Meara Ford, along with his brother Gene, quite the character himself. The O’Meara’s thrived under their direction, becoming the largest dealership in the region in terms of employees and sales.

A strong Catholic clan with a passion for Jesuit education. When you mention the name O’Meara, you might as well mention Regis High School too. They all attended the school when it was located in northwest Denver. Brian looks back on his Regis days with a sense of humor. “Jesuits are worse than Marines.”

Post graduation and due to his father’s failing health, at only twenty-six, Brian O’Meara took the leadership role of O’Meara Ford in the early 1970’s.

Born just outside Savannah, Georgia, the sharp and savvy lady grew up poor and used military service as a springboard to education and a better way of life. While serving as a nurse in Hawaii, caring for Vietnam War vets burned with napalm, Bonnie earned a nursing degree. In the early 70‘s, and landed in Denver, post war.  A few years later, through a friend, she met the O’Meara family and joined the team.

Brian will never forget the dealership’s first TV commercial. “We hired two actors to play a young couple looking to buy a van, They just didn’t have the right passion and energy. Bonnie was working with them and decided to show them the way.” He vividly recalls the rest of the story. “She was wearing a sexy, silky red dress and matching heels. Bonnie threw those heels off, climbed on top of the van and shouted, ‘So you want to buy a van? Well, O’Meara Sells Vans!’”  The actors were fired, Bonnie was hired. The rest is history.

As O’Meara moves into it’s second century of service to the Denver community, Brian will pass on leadership duties to his oldest son, Evan, with support from his brothers, Paige and Alfred. It’s a family affair at O’Meara.  It’s what we do. It’s always been that way. Always will. That’s not unique. What is unique is the spirit brought forward in providing those services to others. It started with Grandpa Al long ago. It has endured and prospered despite tuberculosis, time, tragedy and turmoil.

We’re just caring folks, passionate about cars, customers, employees and the community in which we work and live.  A terrific family. One Grandpa AL would be proud of.