Established in 1938, Reynolds Pontiac, Cadillac, Buick, GMC Truck, Subaru, Inc. has been doing business in the historic town of Orange, VA for over 70 years. The business began as humbly as most did back then, as a one man Shell service station. Chester Arthur Reynolds, Sr., known as "Jack" was a child of the Depression who knew how to hunt, to rebuild cars and to raise a family. The service station began in 1930 about a quarter of a mile from our current location. In 1938, the business changed location and began selling Pontiacs from another dealer's supply in the neighboring county of Madison. In 1951, we acquired the Cadillac franchise and took on 15 employees. In 1963, we acquired GMC Truck and, shortly thereafter, found we needed to open a body shop. There was a building next door that was for sale, so we purchased the building and turned it into the body shop as it exists today. The former showroom became the exclusive service department as it exists today!

In 1970, one of Chester's two sons, Kevin, came on board formally; and, with GM's increased confidence, we received Buick. In 1972, Kevin returned to sell cars under the cautious direction of his experienced and knowledgeable father. The four continued to work and grow intermittently for the next eleven years. In 1986, Chester died unexpectedly, leaving the business to Tom and Kevin. From that point, Kevin, Sr. became the Sales Manager as well as the Dealer-Operator, and Tom became the General Manger and President. These were just titles, of course; and each wore more than two hats. In 1990, we purchased a lot to increase our frontage and help our exposure to the main highway. !in 1991, we acquired our first import line, Subaru. Since then, we've opened another used car center and continued to serve our community humbly and gratefully.

In 2011, after many decades of service, Tom retired, selling his interest to his nephew, John. John and Kevin have owned and operated the dealership as father and son partners since that time. In 2014, we received the opportunity to purchase the Chevrolet franchise from our neighbors and happily accepted. As a result of that acquisition, we currently represent all four GM franchises in addition to Subaru! In 2016, we built a brand new 4000 square foot bodyshop facility to accommodate our paint department and switched over to a more eco-friendly water based paint in our effort to improve our carbon footprint.

At Reynolds GM Subaru, we strive to be much more than a business. We are partners with our community and as an employee, you will get a chance to give back as well. We partner with many local organizations, charities and events with the goal of supporting our local community and the less fortunate. Earlier this year, we sponsored the Blue Ridge Food Bank, which gives back to local families in need around the holidays. We also participate in the Boys and Girls Club, the Orange County School System, Grymes Memorial School, Cal Ripken Youth Baseball and S.O.C.A. 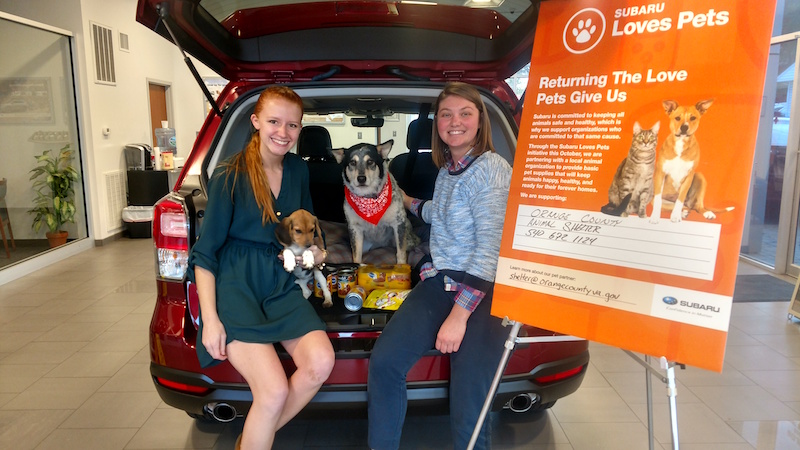