Looking for an exciting career in the automotive industry? Apply today to join a team that "puts people first." 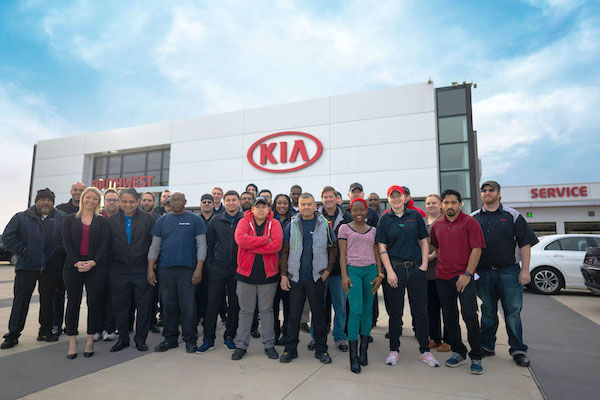 Our team is filled with motivated professionals eager to meet the customers' needs and sell the dealership in the best way possible.

We are growing and always looking to add awesome new people to the Southwest Kia family!

Check out our reviews on Glassdoor! 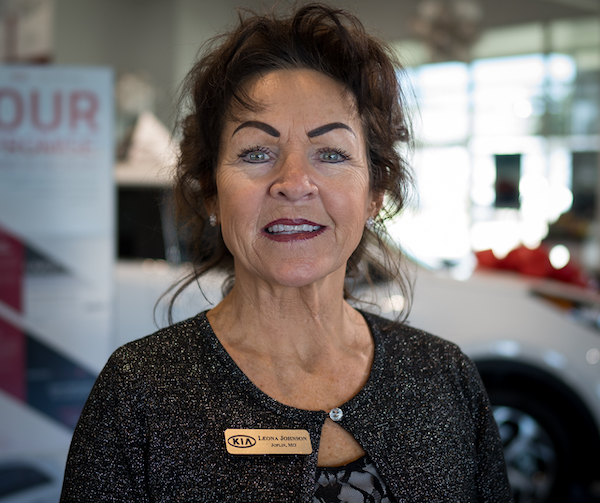 I am very proud to be a part of Southwest Kia in a leadership role. Evidence shows that businesses with more female leaders achieve greater financial performance 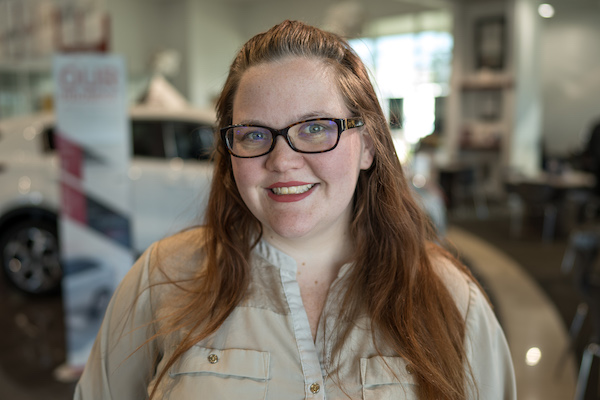 A female leadership role at Southwest Kia means being able to easily multitask and switch directions. It means being able to work within a team, one-on-one to help others, any by myself to make sure everything runs smoothly. The people who work with me respect me and my decisions and let me shine as the person I am. My training included one-on-one sessions with key members of the team as well as being able to go it alone and ask for help when I needed it.” 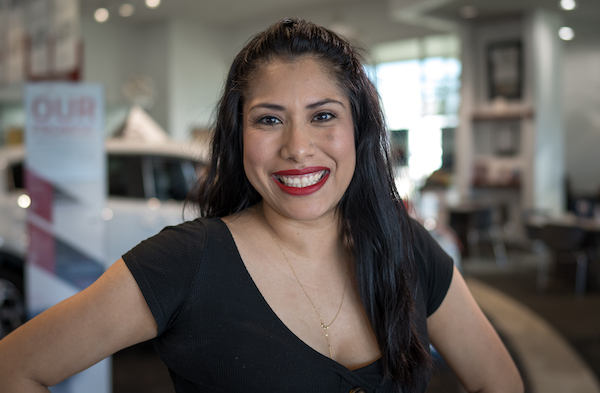 Southwest Kia allows longevity and growth in my career. There are many strong leaders to look up to, and many opportunities to learn leadership skills. Southwest Kia focuses on mentoring and building up employees in order to promote from within.” 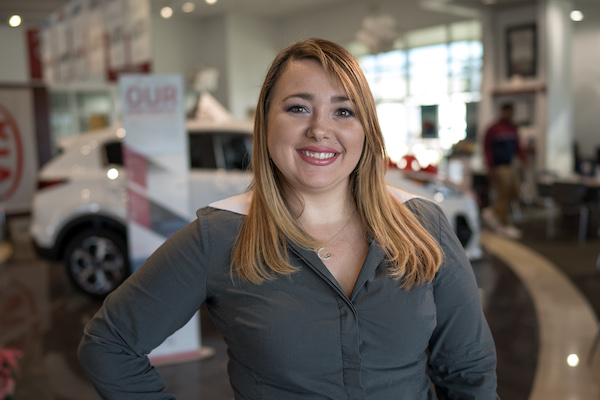 I love that I am encouraged on a daily basis to utilize my own creativity and decision-making skills. Southwest Kia values my input and makes sure that my ideas are not only heard but implemented. With the support of a well driven team, I’m given the ability to grow as my skills increase.”

One of the best things about Southwest Kia is their willingness to recognize and reward hard work. As an employee that started on the sales floor, I am grateful that this organization was willing to take a chance on me and stay true to their desire to promote from within. Working for Southwest Kia has allowed me to be an integral part of recruiting and developing a successful team. I look forward to watching my team continue to grow and excel.”

I have worked for Southwest Kia for 10 years. My skills and talent have improved tremendously during this time. I have had the privilege to work under many caring and understanding leaders during my time here. I am very grateful for that. If I had to pick an employer, I would definitely choose Southwest Kia again.”

In our continued battle against cancer, Southwest Kia has partnered with NTBA and CBS11 to proudly produce Pulling Together, an epic tug-of-war between Dallas and Fort Worth. Pick your side... Dallas or Fort Worth? Then pick your Team and put your money where your heart is! Let’s all Pull Together for Children’s Cancer Fund. 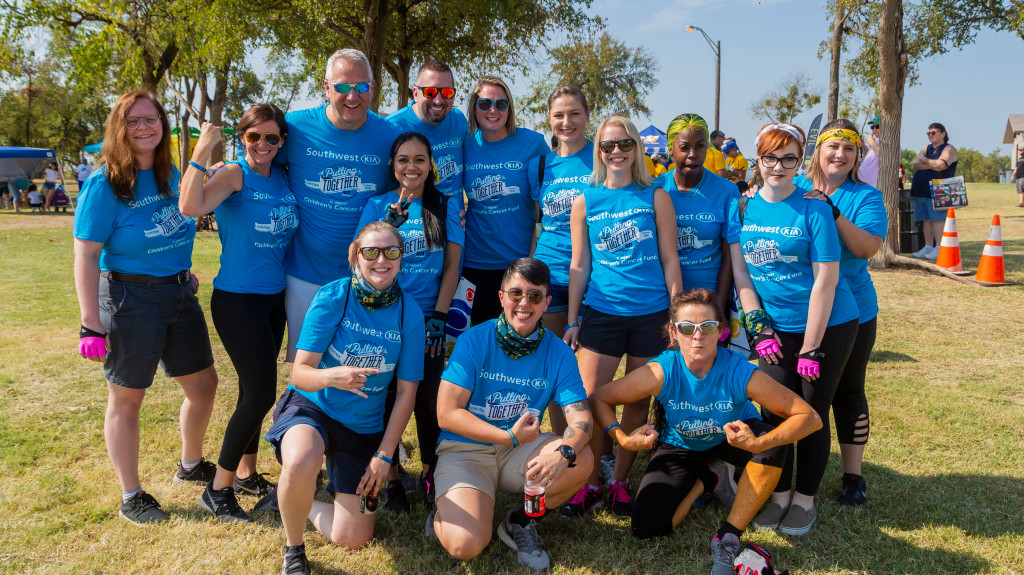 Southwest Kia works with the Blue Santa program to provide full holiday meals and distribute wrapped Christmas gifts to community members in the Austin, TX areas during the holidays.

The Austin Police Department’s Operation Blue Santa Program started back in 1972 when a couple of APD patrol officers discovered that some families in their district did not have gifts or food for their children at Christmas. The program began with two officers distributing gifts to about 20 families from the back of a patrol car. It has now evolved into a year round operation that gathers toys and food for over 5,788 families. The Police Department’s Office of Community along with a multitude of partners from local government, private sector, schools, non profits and individual citizens work diligently to make Operation Blue Santa what it is today. 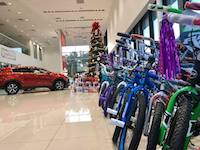 Southwest Kia bands together to donate gifts to children in need during the holidays by participating in Stuff the Bus with United Way! 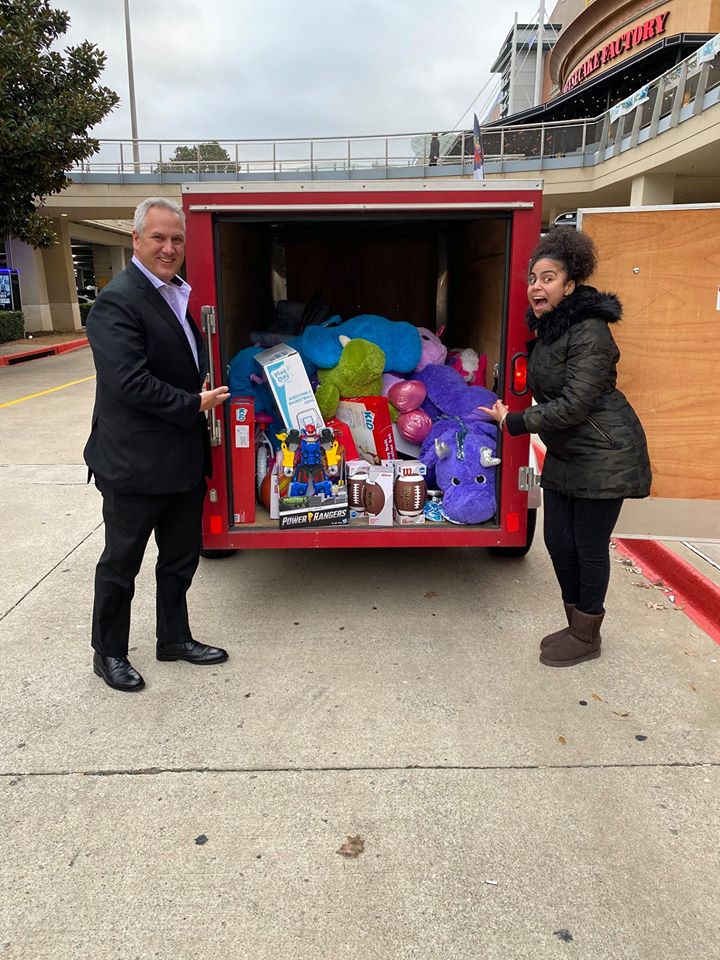 Southwest Kia by the Numbers

Numbers don't lie. Take a look at how Soutwest Kia stacks up!

Check out our current job opportunities below!