Barry is a graduate of UTI and began his employment with us in 2011 as a Diesel Mechanic.  Barry has been increasingly taking on responsibilities as Lead Tech and Shop Foreman in February 2014. Then in March 2016, he was promoted to Service Manager!

Zack came to us in 2011 as a general laborer, shop clean up, and building maintenance. Zack showed ambition and interest in learning and taking on more responsibilities. In 2013, Zach moved into the Diesel Mechanic training program and moved his way up to Triage Tech in 2016!

Terese started with the company as a receptionist in 2003 and after a few years, she moved from the Flint store to the Dearborn location, where she worked as an Accounting Administrative Assistant, Payables and Lease Processor. When we began opening more locations, Terese played a vital role handling multiple positions while keeping everything running smoothly! Starting in 2011, she moved into the Assistant Controller position before attending the ATD Dealer Academy to prepare her for her current role as Controller!

Patrick was hired into Tri-County International’s Dearborn facility in January 2010, originally to be a shipping and receiving clerk. When that position did not open up as anticipated, the company was able to move him into a delivery driver position. He served in this capacity until October of 2011, when the shipping and receiving position opened. He accepted this promotion as the shipping and receiving clerk and managed the Cores for this branch through July of 2014. During this time, he increased his knowledge of the parts industry and the company began grooming him again for a promotion. In 2014, when he expressed interest in moving into management, he was promoted into the position of Assistant Parts Manager Trainee. Finally, a Parts Manager position in our Ypsilanti facility opened up in late October of 2015, and Patrick was asked to take over this role.

A Day in the Life

We want to help your career but we don't want your personal life to take a hit because of it. Daily life at Tri-County International Trucks is the best in the business and we're sure you'll see why! When you come to work for us, you can look forward to these added benefits and employee perks! 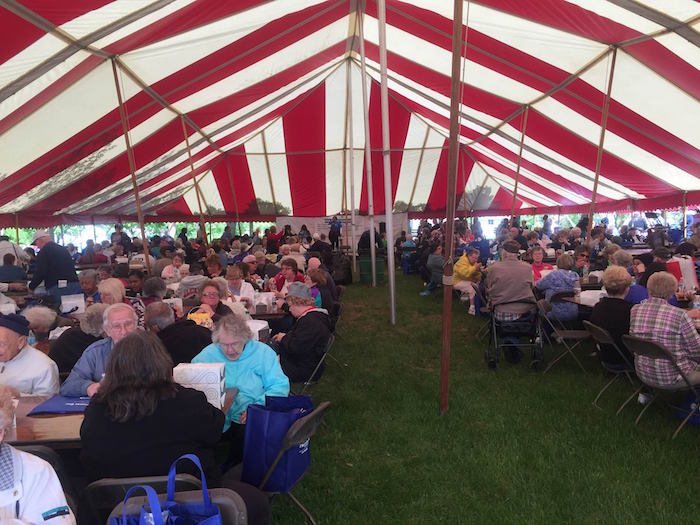 Company Culture
We are one of the best places to work. Each month, we recognize employees for outstanding work. Join us and see for yourself!

Work Life Balance
We know work is only part of your life and we treat you like it. We allow flexibility during the workday because we know family comes first!

Employee Events
Each year we get together outside of work to build relationships and become a better team. We're a family and we want you to join us!

Peer Learning Program
Our employees learn from each other through peer training, best practices and mentorship.

Opportunity for Advancement
We love to develop our employees and promote from within. Show us what you've got and the opportunities will be there.