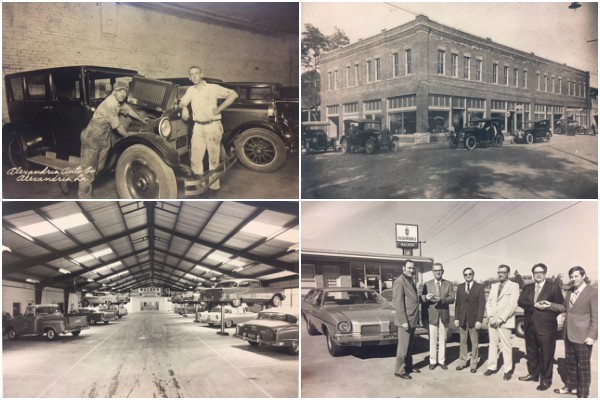 In 1919, after serving in World War I, W. Foster Walker, Sr., bought the assets of a company called Alexandria Auto Company and started selling Reos and Durants, both of which were predecessors of our current-day General Motors vehicles. The Oldsmobile franchise was obtained in 1929. The business survived the Great Depression and was joined by W. Foster Walker, Jr., in 1945 after his service in World War II. The company became known as Walker Oldsmobile Company, Inc., in 1966 and was chartered as a corporation at that time. W. Foster Walker, III, joined the business in 1970 after U. S. Army service and continues today as President and CEO of the corporation. The 4th generation is now active in the business and looking forward to our 100th anniversary.

It soon became apparent that a single-franchise operation would be limited in the future, and work was begun to obtain the Mercedes-Benz franchise. After much discussion and study, Mercedes-Benz agreed to award a franchise to Walker Oldsmobile Company, Inc., in 1974. This was followed in 1975 by the addition of the Honda franchise, at that time a very small automobile not well known in the United States market.