Serving our community since 1983! 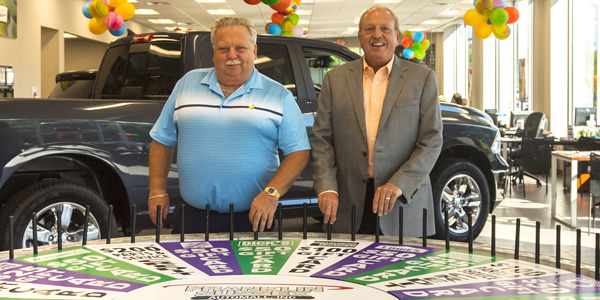 Nielsen Automotive Group is one of the region's premier dealership groups, serving the Wayne, Wantage, Livingston, Hamburg and Newton communities in New Jersey since the late 70s. Our team enjoys training programs, a fantastic culture and opportunities for advancement, which are company-wide focuses to help you grow both personally and professionally. We're interested in helping your career and adding to your resume because we know that happy employees lead to happier customers!

Nielsen Automotive Group wishes to treat every customer at our Dealerships as honored guests in our home...everyday...every time…without fail....no exceptions. We believe in service beyond expectation, achieved through a constant desire to anticipate and fulfill evolving customer needs. The honesty, intelligence and commitment of our people are vital to Nielsen Automotive Group’s mission. We share pride in the Company and respect each individual's contribution at every level. Nielsen Automotive Group is dedicated to pushing the limits of excellence, standing at the forefront to provide the finest and healthiest environments attainable in the industry.

Please take a look at our open positions on the Careers page and apply today!

Jim has been with the Nielsen Automotive Group for 5 years now, beginning at Nielsen Dodge Chrysler Jeep Ram in September of 2012 and then settling in at the Franklin Sussex Auto Mall a month later. He began his career as a Service Manager 42 years ago with what was only supposed to be a “summer job” while growing up in Bergenfield, NJ. He now lives in Haskell, NJ with his wife of 35 years, Valerie, whom he met at a Chuck Berry concert. That sweet memory gave name to his daughter Nadine (after the Chuck Berry song) and he also has two sons, Edward and Gregory.

Before being recruited by Nielsen, Lynn was a Human Resource Consultant for Harvard University. She worked in the Harvard University Information Technology Group on the HarvardX Project to bring access to the Harvard education worldwide via on-line, no-cost learning. She also worked for Target for 8 years and helped open two new stores in Rockaway and Hackettstown where they had to hire of 500 employees that had to be boarded (background checks & drug screening) and trained. She also worked for Disney as the Operations Manager at one of their retail locations. In her former position with Disney, she was responsible for escorting Mickey and Mini Mouse when they visited this area!

Debbe has been with Dover Dodge for the past 12 years. She is the greeter for the store along with the responsibility of Courtesy Deliveries for this location. Debbe says, “the fun comes with each individual that walks through the doors.” Before coming to Dover Dodge, she worked at MV Controls for 15 years as the Office Manager. Debbe has been blessed with three wonderful children - Heather, Jason and Brian.

Rich has been in the automotive business since 1991. He started with Saturn when the brand made its debut in the auto market. Rich spent 6 years with a Chrysler store in New York, before joining the Franklin Sussex Auto Mall. Rich grew up in Vernon, NJ. He and his wife of 15 years, Cheryl, moved their two boys and three Labradors to Warwick, NY, where they currently reside. When Rich isn’t working, you can find him playing racquetball, off on salmon fishing trips, and going to as many New York Jets games as possible! 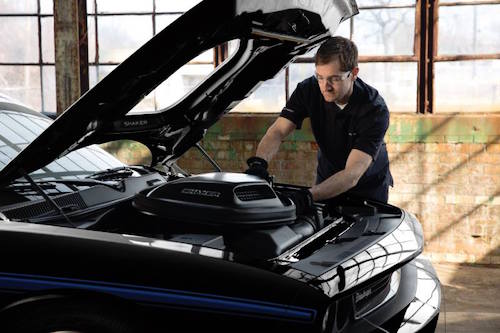 At Nielsen Automotive Group, we strive to be much more than a business. We are partners with our community and as an employee, you will get a chance to give back as well. We partner with many local organizations, charities and events with the goal of supporting our local community and the less fortunate.

How we give back

Nielsen Automotive Group by the Numbers

Ready to join the fastest growing dealership group in the country?